As we age, we become increasingly prone to conditions such as high blood pressure, diabetes, atherosclerosis, dizziness, rheumatic disease, low immune response, cancer, and many other diseases associated with aging.  On a fundamental level, decreased oxygen utilization causes degenerative disease through the combined action of increased free radical formation and decreased anti-oxidant buffering capacity.  These factors lead to a destruction of our cells’ mitochondria, which are described as the ‘powerhouse of the cell’ because they generate most of the cell’s supply of ATP, which is used as a source of chemical energy for the entire body.  Mitochondrial decay again generates excessive free radicals and deprives the cells of vital functions including the repair mechanism, membrane polarization, and enzyme synthesis. 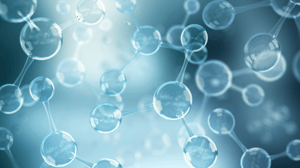 WHY DOES OZONE WORK AS AN ANTI-AGING MODALITY?

Ozone has five primary properties that account for why it works so well as an anti-aging modality:

As well, ozone’s lack of toxicity makes it a very useful therapeutic modality.  It is safe to be used in nearly all individuals, with care being required in those with blood disorders and/or a lack of the G6PD enzyme, which is determined through a simple lab test.

Of course, ozone therapy is most effective when utilized as part of a holistic plan addressing nutrition, exercise, detox and other aspects of anti-aging wellness.

Contact us to learn more or to schedule your appointment for ozone today!

Cardiovascular Disease and Testosterone Therapy: Should You Be Concerned?

“Truth is universal. Perception of truth is not.” Anonymous

Cardiovascular Disease and Testosterone Therapy: Should You Be Concerned?

“Truth is universal. Perception of truth is not.” Anonymous

Does Ozone Therapy for athletic performance actually work? As with all discussion of ozone, this is...